In this post, you would read more details about the Persian language.

Today, modern Persian is spoken by around 110 million people of which 70 million are Native speakers.  Farsi is an official language in Afghanistan (as Dari),  Tajikistan, and Uzbekistan (as Tajik) and is understood in parts of Azerbaijan, Turkey, Armenia, Georgia, India, Iraq, Kazakhstan, Pakistan, and Turkmenistan. In 2021 the Ministry of Foreign Affairs of Iran published new statistics showing that 4,037,258 Iranians are currently living abroad. [**] 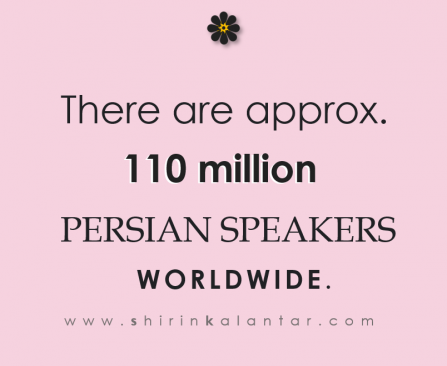 In summary, there are three standard varieties of modern Persian:

Iranian Persian has several accents, including Esfahani, Shirazi, Tehrani, and Yazdi, Mashhadi, which are all mutually intelligible. The Tehrani dialect, which is considered to be the standard dialect, is spoken by most Iranian speakers and used in pop music.

Persian was written in Pahlavi script until the introduction of Islam in Iran in 637 AD, when Arabic script was adopted (actually a modified version of the Arabic alphabet) [1], except in Zoroastrian sacred literature.[*]. Afterward, most of its structure and vocabulary survived, evolving into New Persian. However, Persian did incorporate a certain amount of Arabic vocabulary.

Although Farsi uses the Arabic system of writing and has borrowed a large amount of its vocabulary, Persian has no grammatical similarities to Arabic because it belongs to a different language family; the Indo-European family.

Now let's learn a couple of basic things about the Persian script.

1- Unlike the Latin script, it is written from the right. 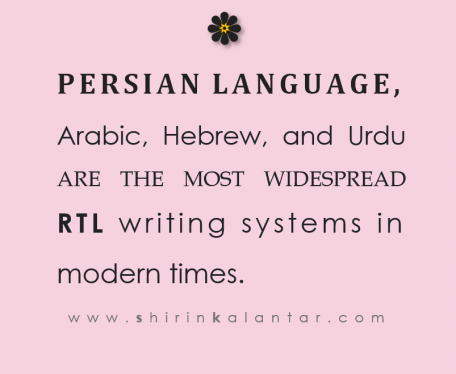 2- Persian script is Cursive and a modified abjad; where short consonants and long vowels are represented by letters but short vowels and consonant length are not generally indicated in writing.

3- It does not have capital letters. This means that both proper names and ordinary nouns are written with the same letter-forms.

4- The three short vowels a, e, o, are not written. In textbooks for beginners, you will have these sounds indicated by special signs placed above the letters.

Let me put it this way: If you consider each word as a Person, short vowels would be her stories. Once you're two introduced at a party, you'll need to remember how she is pronounced for the next meeting. For example, take this word: اَنار (anār) which means "pomegranate". Once you learn that اَ at the beginning of the word is "zebar", you'll always remember that this word is pronounced 'anār'; not 'enār' nor 'onār'!

Thus in most cases, you would only tell how to pronounce a word correctly only if you two have met earlier somewhere or by its context. 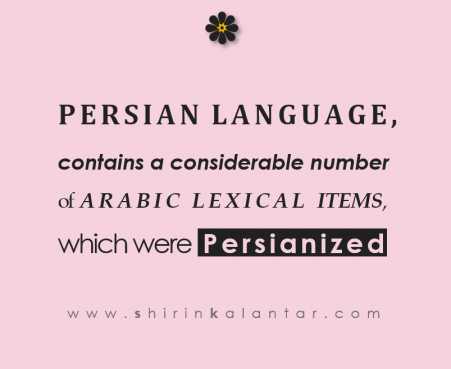 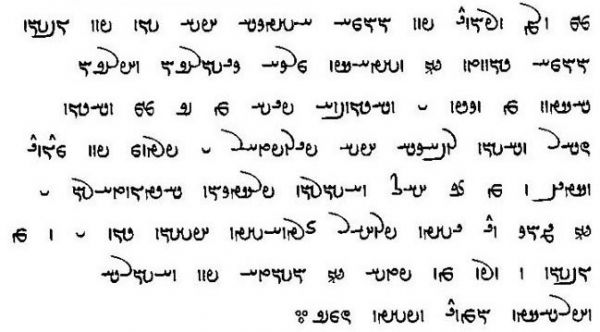 I truly have no idea what is written here. So If anyone reads Pahlavi (be proud of yourself) and finds it nonsense, please accept my apologies. I just took it from somewhere only to illustrate its tremendous difference from the Persian script and that how it looked like.

Direction and Word Order in Persian:

There are two keyboard layouts for the Persian language out there.

If you are using Windows; your keyboard layout for Farsi would be the same that Microsoft designed for Windows. I have also used it for years. But, the default Persian keyboard layout is different from the Iranian national standard keyboard layout.

If you frequently write in Persian, I ould highly recommend you to switch to the standard keyboard. Why?

Download the standard Persian keyboard from here and open the "zip" file and save it somewhere. Go to the save and double click on setup.exe and perform the installation steps.  This is also the default layout foق Dari (Afghanistan)

Note: The name of the old non-standard Windows keyboard is "Persian" and the name of the new keyboard is "Iranian Standard Persian". It is recommended that you delete the non-standard keyboard and stop using it. You should also use Left Alt+ ⇧ Shift to convert keyboards between languages ​​from now on. It is not easy for the first couple of days. I write both in English and Persian every single day. Forgetting where "پ" could be was time-consuming and annoying for me. But it was all worth it.

Full Persian language support is available on Mac OS 10 operating system . Here are the steps to activate it:

In a nutshell, if you use the Persian keyboard frequently, say goodbye to the old one and get the Standard one right now.

Chrome browser can check Persian spelling after updating to version 51. To enable this feature, just follow these steps:

Is your typing speed low? Try Speech to text

If you do not have access to a suitable Persian keyboard or your typing speed is low, you can use software and text-to-speech plugins, one of which works well is VoiceNote II , which can be installed and used in Chrome browser.

1-The replacement of the Pahlavi script with the Arabic script in order to write the Persian language was done by the Tahirids in 9th century Khurasan. 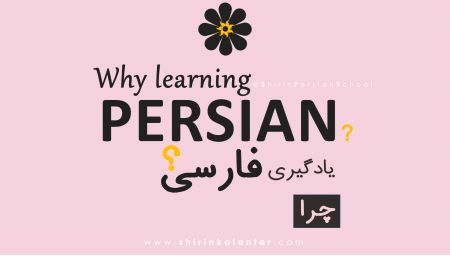 Jul 16, 2021, 12:50 PM
Why did you choose to learn Persian Language?
Imagine it’s December and your best friend, Jane, comes to you and asks you to help her with her New Year’s Resolutions. As someon... 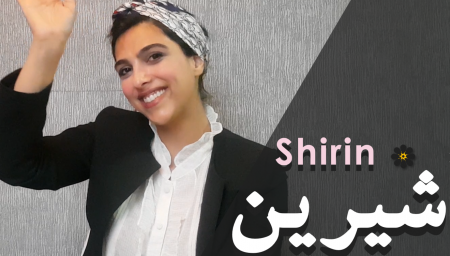 My name is Shirin. I'm a Persian Foreign Language Teacher and a Native Persian S... 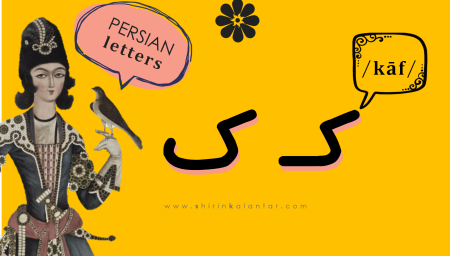 Nov 4, 2021, 8:55 PM
Kāf «کاف»Complete profile
In the following video, you'll learn how Kaaf is written in Persian. This method of writing is taught in Iranian schools. 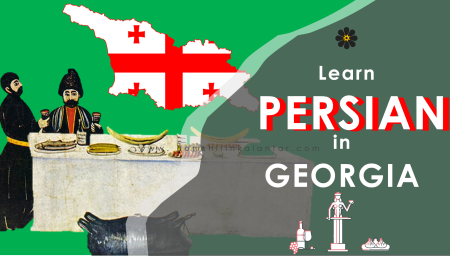 Nov 11, 2021, 7:21 AM
Learn Persian (Farsi) in Georgia
I dedicated this post to everyone who lives in Georgia and wants to learn Persian for whatever purpose. 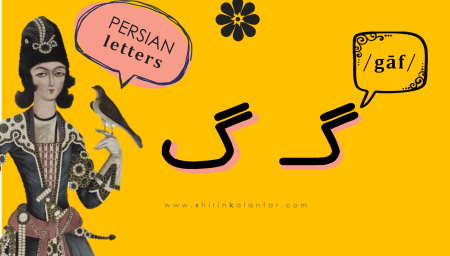 Nov 16, 2021, 1:55 PM
Persian letters: Gaaf "گاف"
In the following video, you'll learn how Kaaf is written in Persian. This method of writing is taught in Iranian schools. 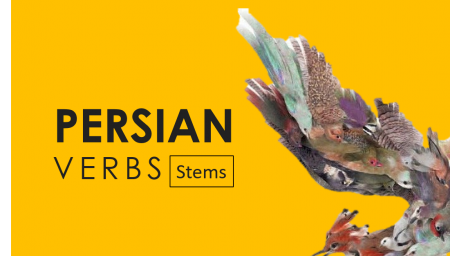 1) When we conjugate compound verbs, we only alter the v... 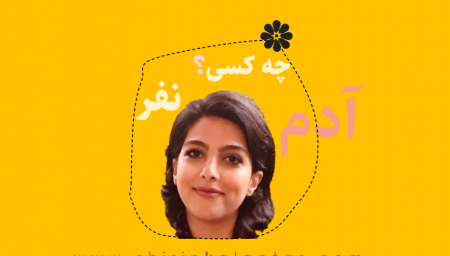